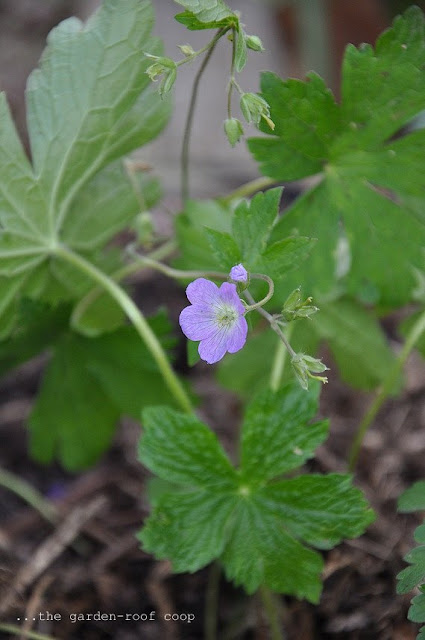 Wild Geranium 'Geranium maculatum'
Native Americans used Wild Geraniums as an ingredient in many medicinal treatments ranging from an astringent, a mouthwash, an anti-diarrhea medication, etc... The Iroquois Indians believed that a tea made from Wild Geraniums could counteract the effects of a love potion and break the unwanted love spell. 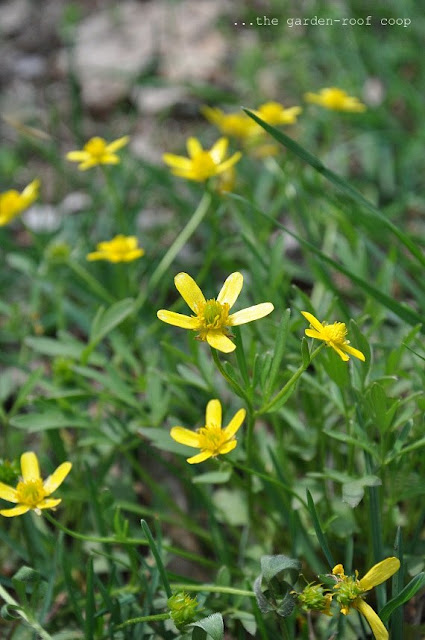 Yellow Star Grass 'Hypoxis hursuta'
This dainty wildflower is easily overlooked, except when it's in bloom.  It rearely exceeds 6" in height.  This spring my lawn was speckled with these charming little blooms, along with the Dandelions! 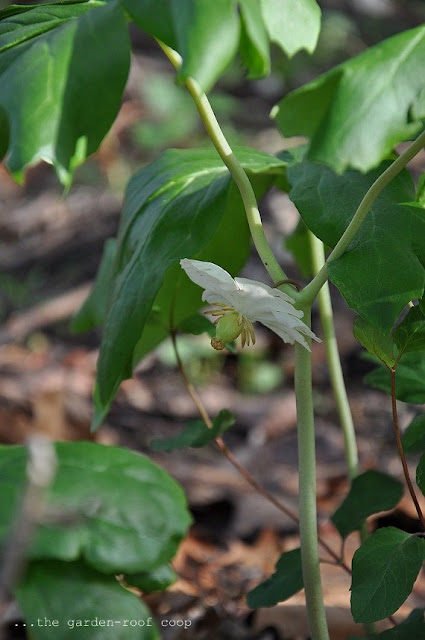 Mayapple 'Podohyllum peltatum'
Acutually, the flower appears in April/May and the fruit, no relation to an apple, appears later in the summer. Mayapples have gained famed among mushroom hunters as being an indicator of Morel mushroom locations. 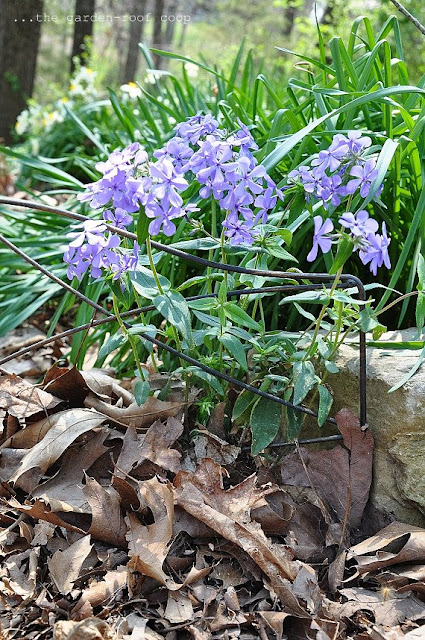 Wild Blue Phlox - Wild Sweet William
'Phlox divaricata'
The Wild Blue Phlox was one of the first native wildflowers to be collected by European explorers and exported to Europe.  It became very popular in Victorian England and symbolized a proposal of love and a wish of pleasant dreams. 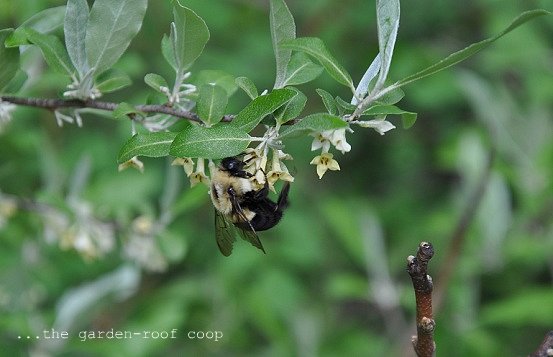 Russian Olive 'Elaeagnus angustiflia'
Native to Europe and introduced into North America in the 1800s, this shrub in considered an invasive species by choking out naive plant life. However, because of its rapid growth and dense foliage, it has become a habitat and shelter for many wildlife species. 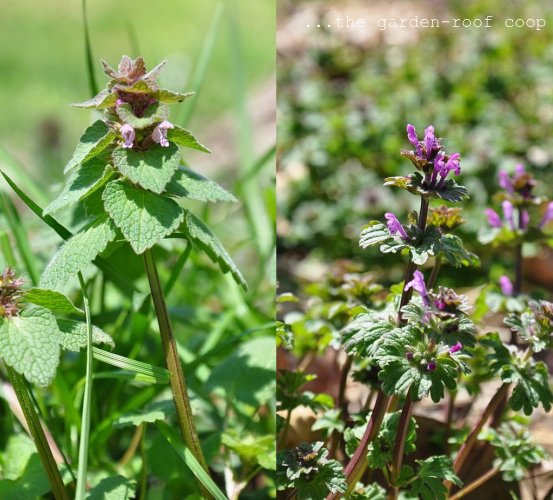 Purple Deadnettle 'Lamium purpureum'
Henbit 'Lamium amplexicaule'
I loved these flowers weeds as a child... I would pretend that Deadnettle was the stately King and Henbit was his beautiful princess with a jeweled crown.  As an adult, I have wonderful memories of when my daughters were little girls--giving me gifts of beautiful bouquets of these purple wildflowers!
For more info and photography of wildflowers, visit Clay and Limestone's Wildflower Wednesday Celebration.
Posted by Rebecca at 1:51 AM