Described as a sparrow dipped in raspberry juice, the Purple Finch can be found throughout much of eastern North America and Canada.  It can be difficult to distinguish from its close relative the House Finch, and if I have this ID wrong, please correct me! 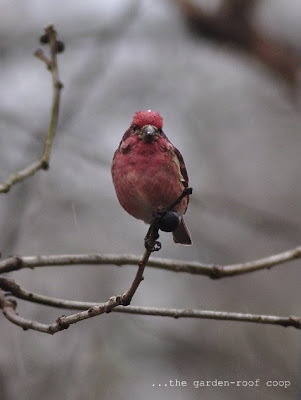 The Male Purple Finch is reddish-purple with brown undertones on its back and wings (more of an extensive red coloring than the male House Finch). The female, however, has no red coloring, but is heavily streaked with strong facial markings including a white eye-stripe (the female House Finch lacks these dramatic markings).  It can take up to two years for the male to reach its full red coloring and the first year males' markings appear very similar to a female.   So... are my last two photos of a female or an immature male? 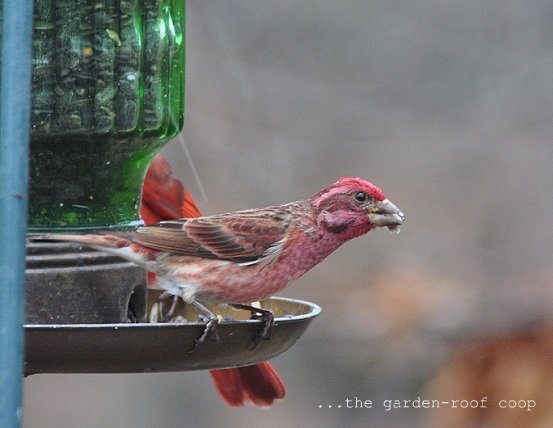 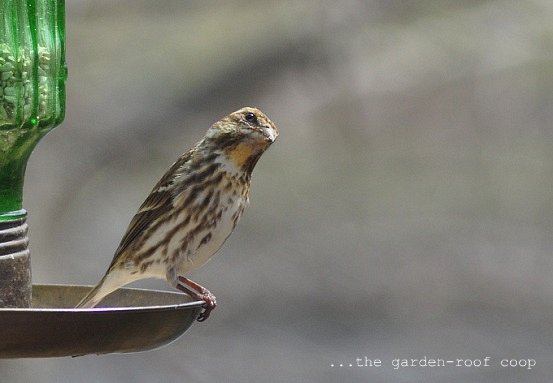 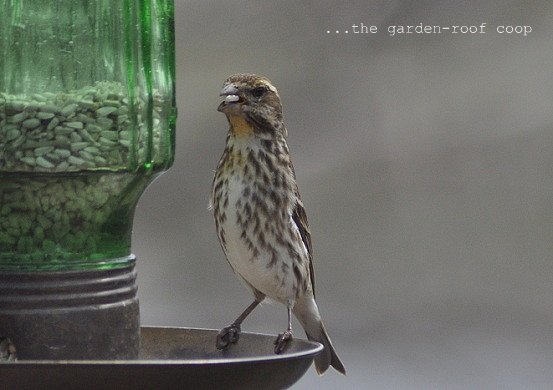