Probably the most vibrant colored bird that visits my feeders...   On second thought, Cardinals and Goldfinches are also at the extremes on the color scale, but I think the fact that the Indigo Bunting is not a frequent visitor makes it seem to stand out among the others.

Here are the facts on this beautiful bluebird... 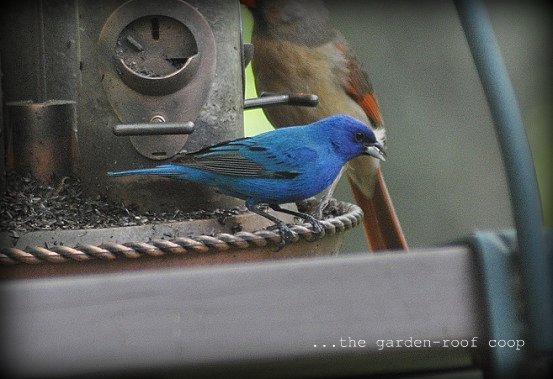 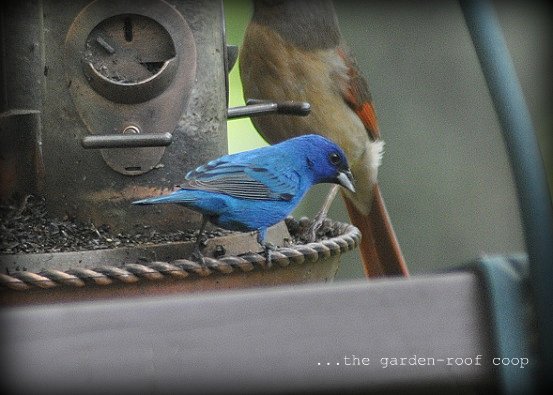 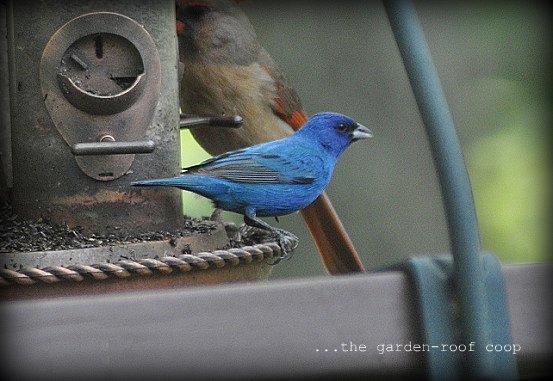 For more posts, info and photography of birds, visit Bird Photography Weekly and World Bird Wednesday.
Posted by Rebecca at 12:08 AM