A couple of days ago a flock of Blue Jays was continuously calling, screaming, screeching. This went on non-stop for the entire day...  Later, I found this small fledgling that I assumed fell from its nest.  My first instinct was to rescue the bird, nurture it into adulthood and then release it back into the wild.  After a few minutes, the hormonal motherly drive in me subsided and I knew the young bird would probably stand a better chance if I left it alone and let nature take its course. 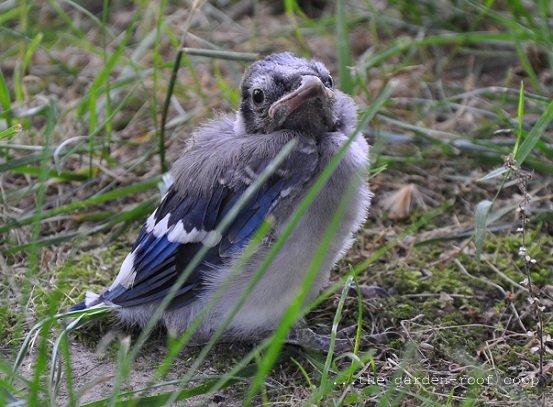 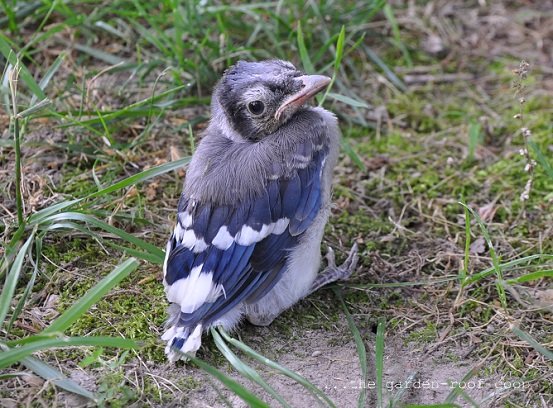 Shortly after the first bird "fell" from the nest, I heard the next fledgling fall.  I then realized that they weren't falling--they were being pushed!
A young bird is a fledgling when it can hop, but not yet fly.  During the next 5-15 days, before it can fly, it learns skills from observing its parents; such as foraging for food and how to ID and avoid predators. This is one of the most dangerous periods for the vulnerable young bird and it relies completely on its parents and other members of the flock to guard, feed and protect it.  This constant parental supervision can continue for up to two months or until the young birds have the skills and knowledge to fend for themselves.
Early the next morning, the familiar noise of the older Jays started in again....  When I went to check on the little birds I found a large Black Rat Snake in a tree close to where the fledglings were the prior day.  The flock was in high alert mode--trying unsuccessfully to scare the snake far away from the bite size little Jays. 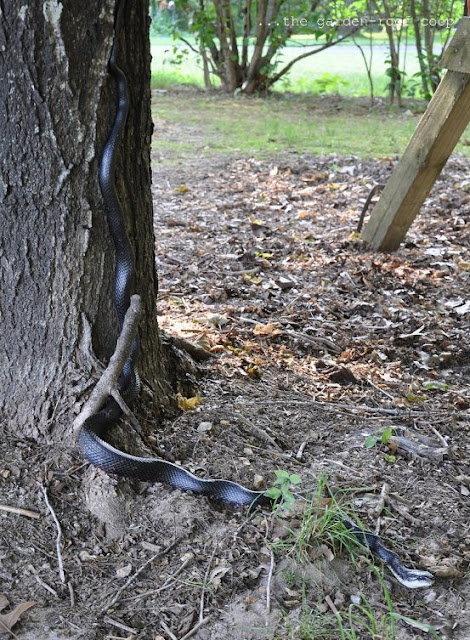 I put my fear of snakes aside, grabbed a pitch fork and hesitantly scooped up the snake and relocated him/her to a brush pile out of the way of the Jays. This seemed to satisfy the parents temporarily; they continued to fly to the brush pile about every 5 minutes to screech and torment the snake... 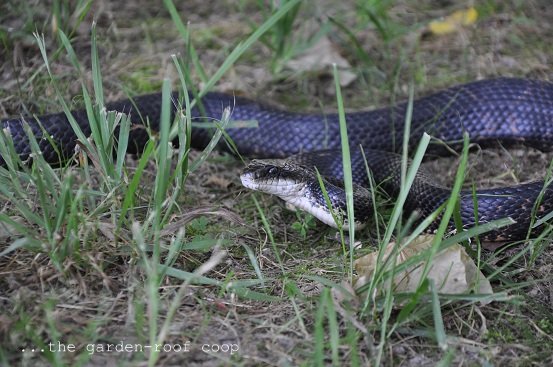 I admire the parents strong devotion to their young and I hope the fledglings survive... The Border Collies showed no interest in them and the cats are not allowed in that part of our property (due to some sort of dog/cat boundary). The chickens also seemed unscathed by all the noise and commotion. They couldn't understand what all the fuss was about--they never knew their mother and they've never been a mother....  Maybe someday they'll understand, but I guess I'll have to get a rooster first! 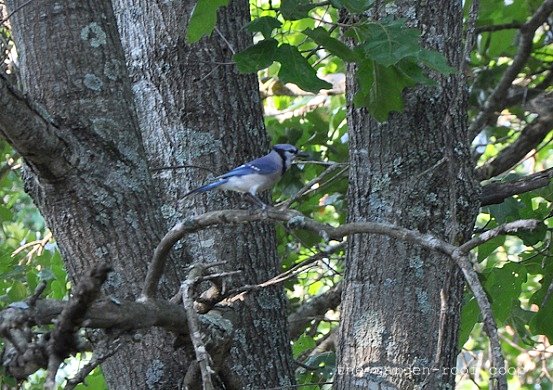 For more posts, info and photography of birds, visit Bird Photography Weekly and World Bird Wednesday.
Posted by Rebecca at 1:03 AM