This native deciduous shrub can be found in almost every state east of Colorado. Because of its low growing-thicket forming nature, it's useful as a wildlife shelter in areas with little woody vegetation. I forget that this shrub is all over my property until the winter when its small purplish-red fruits appear. The berries must not be that appetizing to wildlife because they persist on the plant for most of winter. It eventually does serve as an emergency wildlife food later in the season--perhaps because other food sources have been depleted or because it takes several freezes to soften the fruit to make it more palatable. I'm not sure why it's not a sought after plant to add to the native garden, perhaps because it has a reputation among farmers as a "brush weed" in pastures...  Personally, it's one of my favorite native shrubs--especially during the winter... 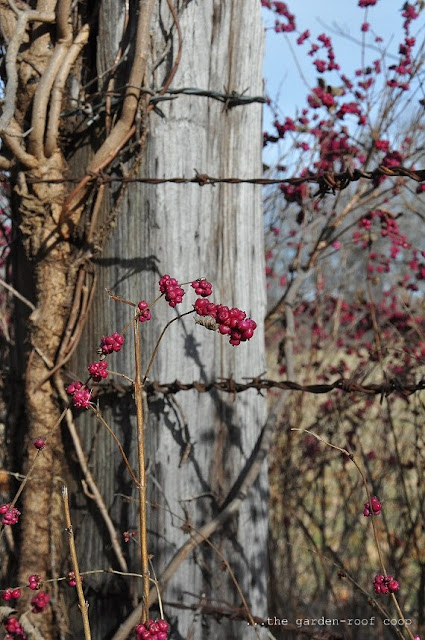 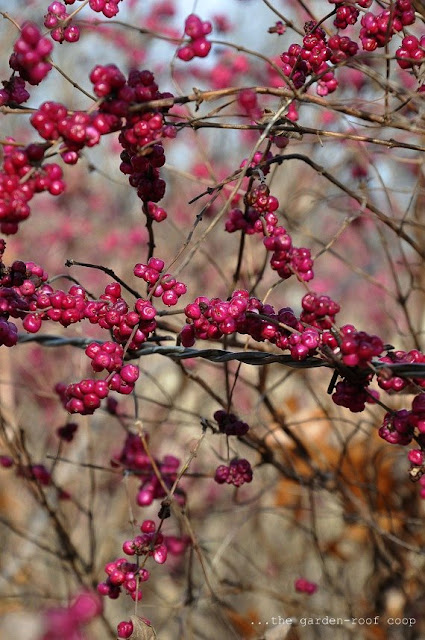 For more photos of winter interest, visit the sites:  May Dreams Gardens, and Tootsie Time and Friday's Photo Blog Hop...