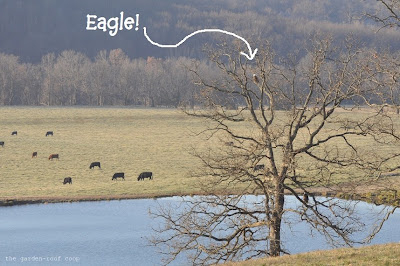 What a wonderful surprise I've discovered! Less than a mile from my property are several Bald Eagles over-wintering. I can't imagine that this is their first winter here, but then again I don't know how I've missed them for the past ten years...  With the trees now bear of leaves, their large shape and distinguishing white head make them easy to spot. I've become a little obsessed the past couple of days trying to get a good shot of the birds, but my long distance lens is old and lacks any image stabilization. So...I have to set up the tripod, focus-in and by then they've caught on to me and move on to another location. I have got a few good shots though and surely by the end of the winter, I'll have many more to share!

The Bald Eagle has been the national emblem of the United States since 1782 and a spiritual symbol for native people for far longer than that. Bald Eagles can live a long time, with a longevity record of 28 years in the wild and 36 years in captivity. Though often solitary, Bald Eagles congregate by the scores or even the hundreds at communal roosts and feeding sites, particularly in winter. Adult Bald Eagles have white heads and tails with dark brown bodies and wings. Their legs and bills are bright yellow. Immature birds have mostly dark heads and tails; their brown wings and bodies are mottled with white in varying amounts. Young birds attain adult plumage in about five years. 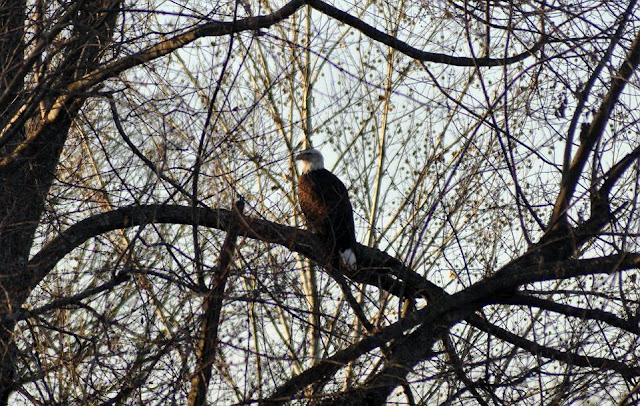 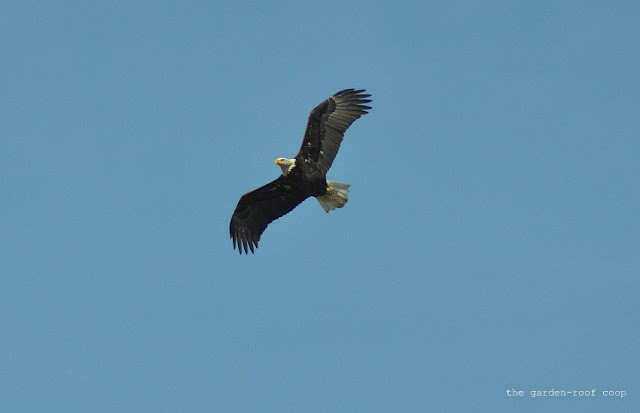 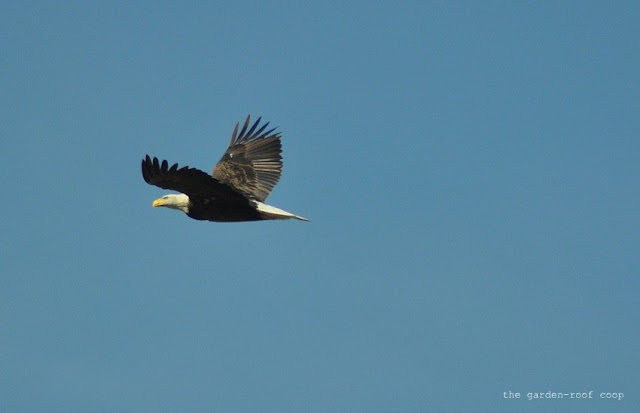 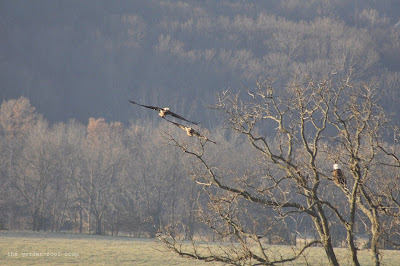 I've noticed the juvenile eagles are definitely more active. The older birds tend to glide through the air then perch high on a tree and focus on their prey. The immature eagles seem to be less focused and more interested in having a good time (sounds a lot like a teenager). According to Cornell, younger eagles spend their first 4 years exploring vast territories and can fly hundreds of miles in a day. 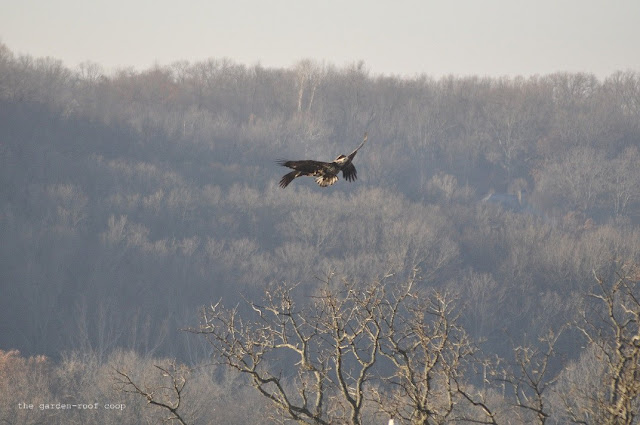 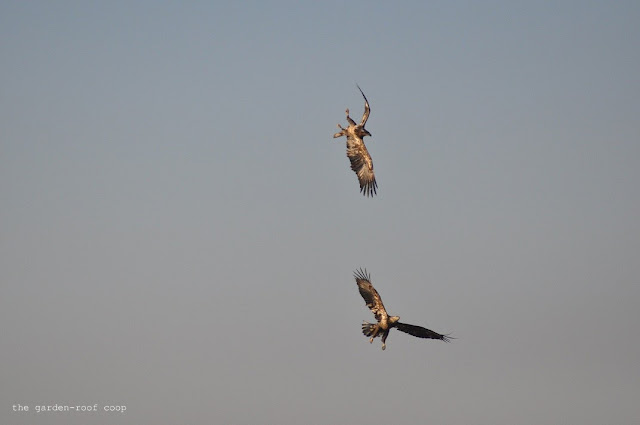 Our World TuesdayWild Bird Wednesday
Outdoors WednesdayNature NotesTuesday Around the World
I'd Rather B Birdn
Camera Critters
Posted by Rebecca at 10:47 PM