The Blue Jay according to Mark Twain:
Now there is more to a bluejay than any other animal. He has got more different kinds of feeling. Whatever a bluejay feels he can put into language, and not mere commonplace language, but straight out and out book talk, and there is such a command of language. You never saw a bluejay get stuck for a word. He is a vocabularized geyser.... He talks the best grammar of all the animals. - "Moral Lecture" 1985 -Mark Twain

From The Corneal Lab of Ornithology:
Blue Jays have a wide variety of vocalizations, with an immense “vocabulary.” Blue Jays are also excellent mimics. Captive Blue Jays sometimes learn to imitate human speech and meowing cats. In the wild, they often mimic Red-shouldered and Red-tailed hawks, and sometimes other species.

Quite the mimicker... More than once I've thought a hawk was eyeing the hens only to find out it was a noisy jay! They're beautiful birds though; especially in the winter when their bright colors stand out against the gray background... 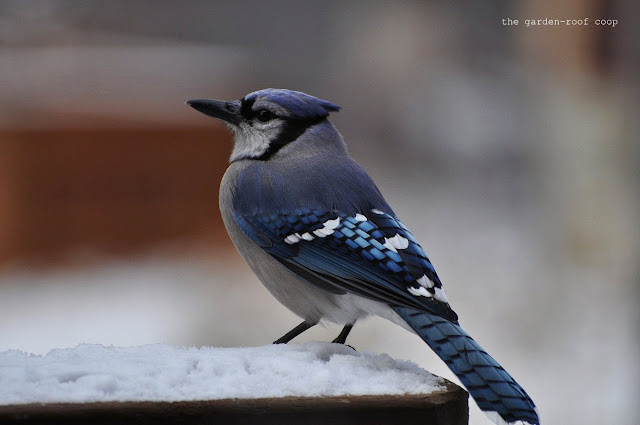 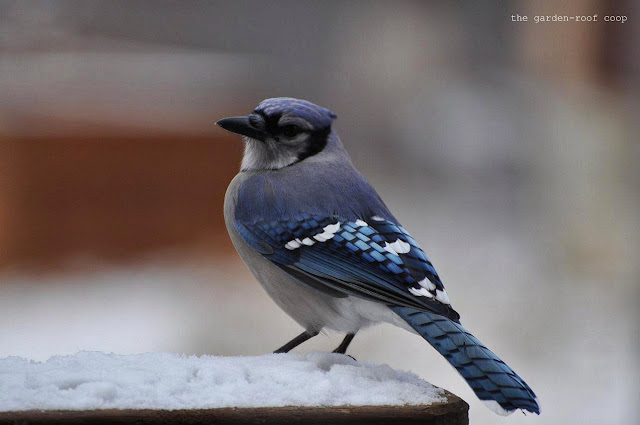 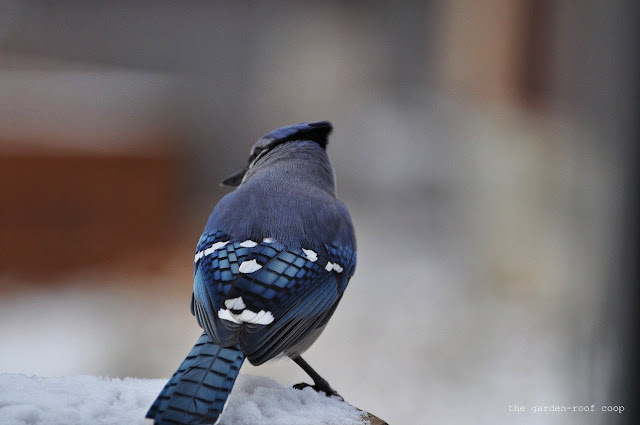