I had a flock of Pine Siskins invade the feeders during an ice storm this past week at my southwest Missouri property. I thought at first they were the American Goldfinches, which are always present, but a little closer view made it clear they were a different visiting finch... 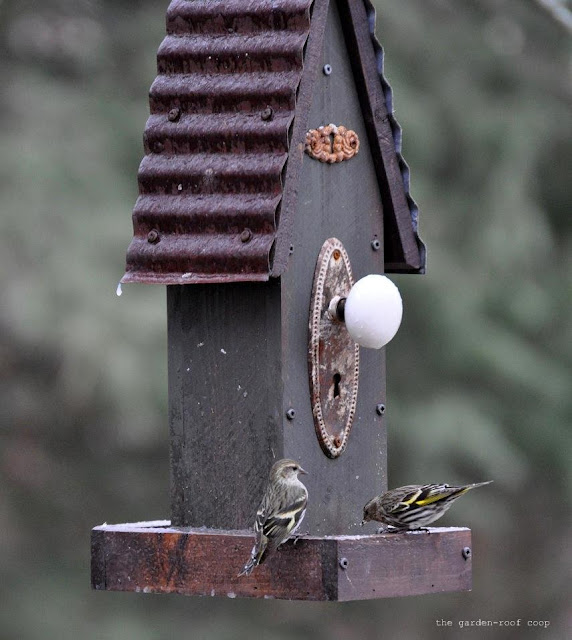 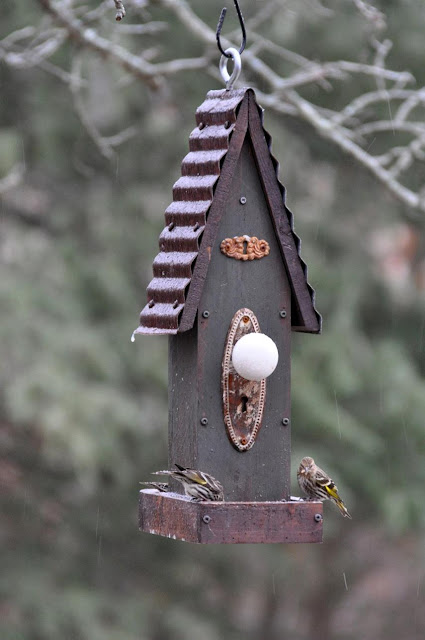 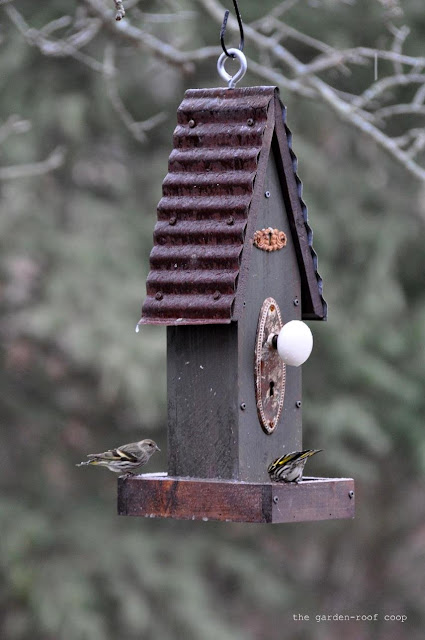 Even though they were the smaller of finches that are normally around my feeders, they definitely showed their spunk and were not in the least intimidated by their larger cousins! In fact they even fought among the other members of their own flock over who had the best spot...